We’re digging into our 1976 activewear catalog for fall outfit inspiration, and what do we see but that rare flower which blooms in fall and spring:

Obviously this photo was taken in the gym. (Obviously.) But you don’t have to be working out to finesse this outfit. And you should, because it is great.

The sweatshirt + shorts team-up is for being out and about, a true transition ‘fit, an equal acknowledgement of warmth (the shorts) and cold (the sweatshirt)–and the fact of both temperatures coexisting (the wearing both at the same time).

Perfect for fall. For brunches. For strolls. And for doing pretzel hands with a special friend while leaning back like Fat Joe.

“I don’t want to sound immodest but we’re killing it.”

Did this duo from our 1976 activewear catalog stop at matching suits? No, they followed through with turtlenecks and accessories. Even the handlebar tape on homegirl’s bike matches their rainbow arm bands.

Because fall is about enjoying the transitional weather, for outdoor jaunts–and for aggressively coordinating your outfit with your partner.

The styling of her scarf tucked into her belt is amazing. And yet how can you look at this image from our 1993 fall catalog and see anything other than the guy’s shirt with birds all over it?

Purple birds next to navy pants, the colors related but different, the simplicity of the pants next to the complexity of the shirt pattern. All great.

This fall, may your shirt be loud. May your pants be chill. And may you be lucky enough to be photographed with a beautiful woman who does interesting things with scarves.

Behind the Scenes of the Mark Ronson and Keyone Starr Video with Director Shomi Patwary | Listen Up!

Mark Ronson and Shomi Patwary on the set

The best party nobody went to might’ve been 12 years ago in Norfolk, Virginia, when producers who would change the sound of hip-hop and R&B deejayed to basically nobody.

We’ll let our music video director friend Shomi Patwary tell you about that one.

Long story short, Patwary and British star Mark Ronson go way back, and we now have the video for “I Can’t Lose.” It’s more zesty funk from Ronson–whom we shall never fail to mention without hyperlinking to his and Aaliyah’s classic Hilfiger ad–and bigger-budget moves from Patwary, best known for A$AP Rocky’s “Multiply.”

Check out behind-the-scenes images below from “I Can’t Lose” and an edited transcript of our phone call with Patwary.

END_OF_DOCUMENT_TOKEN_TO_BE_REPLACED

Nineteen eighty-one: a good year for pastels and polo shirts. Here we see our spring catalog cover, shot on the beach in Mexico. Looking very 1981. But what’s the deal with that one styling choice…

END_OF_DOCUMENT_TOKEN_TO_BE_REPLACED

From the 1980 Nordstrom holiday catalog, we present this scene of brotherly togetherness on the golf course. You might not consider golf a team sport, but think about it this way:

END_OF_DOCUMENT_TOKEN_TO_BE_REPLACED

Our favorite aspects of this photo from the 1989 Nordstrom Anniversary catalog, from left to right:

…and the fact that 83% of the young, fashionable men in the image are rolling up their pants, just like in 2015.

Here we see metallic Nike sneakers in the 1984 Nordstrom holiday catalog. Man, do they rule.

The Vandal Supreme model in the back? With the ill nylon quilting? From the Air Force 1 design similarities to the fact that they look like a tracksuit, to the name, which connotes graffiti: these shoes are very hip-hop. Suitable for park jams, writing sessions, everything “from break dancing to basketball.”

But it’s really about the ones in front. Nike Snow Waffle. Early high-top/running shoes combo. Too fresh.

Factoid: The Snow Waffle lives on today, in slightly altered form, as the reflective Internationalist.

Check out these guys from the 1995 Nordstrom Anniversary Sale catalog, especially the guy on the left in his deep teal fleece. Looks pretty cool, right?

People hate on fleece but they’re tripping. It’s not all the same. You can’t just write off all fleeces. That’s material-ist!

Peruse our collection of fleeces and be real with yourself. Legit freshness abounds. Like, for example, this slammin’ Patagonia pullover. 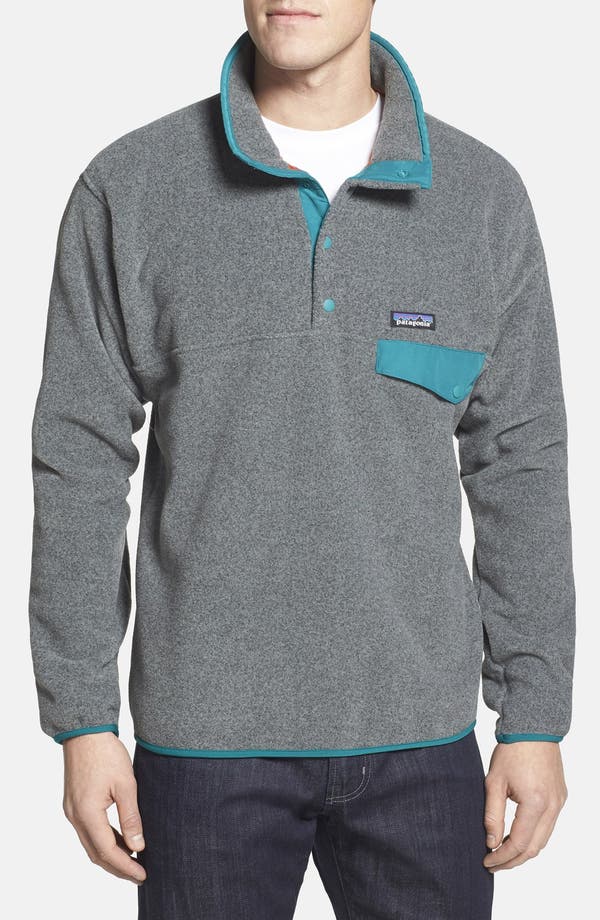 Back in the early-/mid-’90s, rappers had a serious taste for Polo gear in bold primary and secondary colors. I mean, witness Raekwon and Ghostface Killah in the video for the Wu-Tang Clan’s “Can It Be All So Simple.”

With that history in mind, we look at this shot from the 1992 Nordstrom holiday catalog and think back fondly on classic street-yacht menswear.

CHECK OUT OUR FASHION BLOG